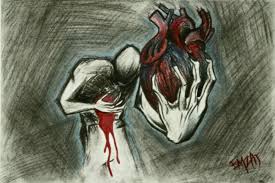 Why read novels? They aren’t real right? Well, what is real anyways. Understand the brain: processing experience, sensory perception, instant-to-instant existence by reducing the infinite complexity of the world into workable representations, mapping the world around us to something inside our head, preserving certain structure, but compacting and compressing an overwhelming amount of information into a finite (living) object. The mapping is an abstraction, the world outside and the brain itself have a physical reality. Novels are representations of human experience across the world over time gifted from others to build the perception category. Novels are real objects to help explore inside then outside the mind, where people are waiting to share knowledge.

Giant Gems (or books to add depth to reading repertoire with subtitles hooray):

Humans love lists. This is not a criticism, merely an observation. Perhaps I will write an essay on this phenomenon related to organizational thought and general mental storage/organization processes. I will also write a lot about literature, one of my deepest passions.

Lists are typically annoying and boring and reductive, so I am going to avoid using any general superlatives. These lists should simply be jumping off points for me to discuss some of my favorite works of art or not. I learned at an early age that if I found history’s profound, transcendent, genius voices and the creative work in which they express and filter the knowledge of eras, cultures, generations et al, then I could quickly filter out much of the noise permeating and saturating modern life. Straight to the source.

These lists will be lists of ten. Lists are loosely constrained, meant to be linked, here’s one: numbers, groups, rings, fields, bases, primes, ideals, transcendents, modulo ten representation, the binary obsession/misconception, zeta functions, gamma functions, infinity, closures, extensions, Galois, Riemann, Cantor, Langlands, Poincare etc etc). However, for now, ten is an acceptable list number, just ask Georges Perec if one day you happen to randomly walk into him someplane. Links of list items to a brief (brevity is the soul of witevah) piece containing further thoughts on said item, its influence on my life and all life, and whatever else comes to mind might occur, but these will only be for furthering knowledge. Again, I only intend to write things I would find Good (more on false dichotomies and continuums of ideas later).

Ok, let’s start with ten novels. I’m going to separate literature into a few generally accepted categories (more on category theory later, but I don’t intend to make any distinctions that go beyond fundamental common characteristics): short stories (likely in the form of story collections), short novels or novellas (potentially collections), novels, plays, poetry, and possibly non-fiction with a few extra subcategories. Other lists could cover film, art, music, television, restaurants, and whatever else I feel fits into this format that I would like to explore. Like all structurally sound ideas (, this one will remain dynamic and open to suggestions.

Again, not BEST, certainly favorites, moreover meaningful creative achievements in human history/thought. All great novels are in some sense historical in that they by definition serve as commentaries on life experience and the experience of life in a historical context. Novels are primary historical documents with a voice and purpose. These first selections are of the go-big-or-go-home variety (more on algebraic varieties and their invariant properties later). These authors and their works shape my life past, present, future. The lists might skew modern/post-modern, but I appreciate all brilliance, dislike semantics, and enjoy traveling around in place and time in my airship in the cloud atlas, against the day. Usually I will only include one work per author per list or maybe sublists will spark. I want to write longer pieces on each (more on parenthetical statements later).

The written word is the most human-versal (I avoid universal here because of mathematics) means of communication across human existence in space+time, and history is the story of people. RIP Howard Zinn

Novels Part One (or The Big Ones Part One (now with mine-own subtitles):